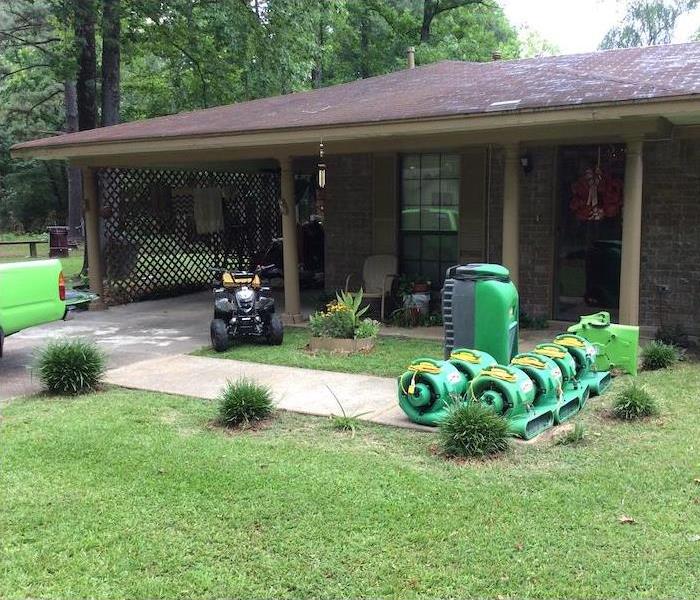 Floods can cause major issues. Call the professionals at SERVPRO for the water mitigation services needed.

The Shreve Town Company founded the city in 1836. The government established the corporation to establish a town at the Texas Trail and the Red River's juncture. Before Texas gained its independence, the trail entered Mexico. Throughout the 20th century, the city grew due to the discovery of oil. Between the 1960s and 1980s, the city hosted United Gas Corporation and Standard Oil of Louisiana's headquarters. The recession in the oil industry led to job losses and the close of Shreveport Operations. The city struggled with violent crime, poverty, drugs, and a declining population. However, since Cedric Glover's tenure as Shreveport mayor, the city began reviving its economy, revitalize infrastructure, and lower crime to end its population decline.

The History of Shreveport City

Captain Henry Miller Shreve made the Red River navigable by leading the United States Army Corps of Engineers. The Great Rift and a 290 km log jam (180 miles) had obstructed the shipping passage. The Captain used a modified riverboat to remove the log jam. Local authorities named Shreve town and the company in the Captain's honor.

Initially, the boundaries of a small piece of land that the company had bought from the indigenous Caddo Indians contained the town. The local authorities incorporated the city as Shreveport on 20th March 1839.

The town later became a steamboat center of commerce, taking mostly crops from Caddo Parish plantations. The steamboats used the Red River to transport cargo, where stevedores unloaded and loaded cargo. Besides, the town had a slave market. However, other parts of the state did not appreciate the slave trade. By 1860, the town hosted a population of 1,300 slaves and 2,200 free people within its limits.

The economy of Shreveport

A 550,000 square foot Louisiana Boardwalk shopping complex was opened in May 2005 in Bossier City. The facility features:

In November 2008, the city residents were excited since the Haynesville Shale's development was to create new jobs over the next couple of years. The area residents enjoy huge bonuses for signing up to $25,000 per acre in mineral rights leases. However, the economic downturn led to a low market price for natural gas, slowing down drilling activities. The city expected to lease the mineral rights on public lands to generate revenue in the future.

The city also hosted a General Motors plant called Shreveport Operations, which closed down in 2012. The company produced a variety of vehicles, including:

GM later leased the plant to Elio Motors. Western Electric and General Electric are among notable companies that still have or had plants in the Shreveport assembly or manufacturing industry. In 2017, manufacturing and production jobs accounted for 5 percent of the city's occupations.

The Shreveport local government invested $16.5 million in building Mall St. Vincent in 2014. Fortune magazine grouped the city among the best place to start a business. The Shreveport Economic Recovery Task Force came up with a rejuvenation plan on 31st July 2020, focusing on the downtown area.

The Louisiana Floods of 2015

In 2015, the Red River flood occurred for several weeks in June. Areas such as Bossier Parish, Rapides Parish, Caddo Parish, Natchitoches Parish, and Shreveport, Coushatta, and Alexandria were significantly affected. Numerous road closures across Shreveport occurred due to flooding. The government deployed the Louisiana National Guard and other response teams to help residences under flood warning fill and place sandbags.

The most recent study released in 1990 by the US Army Corps of Engineers characterized the Red River's flood patterns when it last flooded. The Engineers are not planning for another study.

People in Louisiana have made many advances towards flood protection. However, flooding is inevitable, and no matter how high engineers build levees, the river's course continues. Researchers claim that the Mississippi River has a significant flooding pattern history every decade.

Water extraction using hi-tech equipment to speed up the drying process. If water is inside the walls, our technicians can remove the baseboards. We can drill a 1½" hole between each stud in the wall at the baseboard level. We drill holes on one side of the wall to force air up into the wall cavities as it gets into the wall. Our restorers attach an air mover to a wall venting system to force air into the wall.

Decontaminating the property using advanced and approved products. Our technicians decontaminate the affected area since floodwater can be hazardous.

It is essential to allow professional restorers who understand the damage that floodwater can cause to your property. SERVPRO technicians are always ready to respond to our customers' distress calls around the clock since we understand how fast secondary damages can occur. We have the right equipment and tools to handle flood damage of any magnitude.

Even the slightest flooding incident in your property can cause costly damage. Contact SERVPRO of South Shreveport immediately after the unfortunate incident happens to minimize damage and restore your property to its normal condition, "Like it never even happened." Talk to us today at (318) 865-4655.