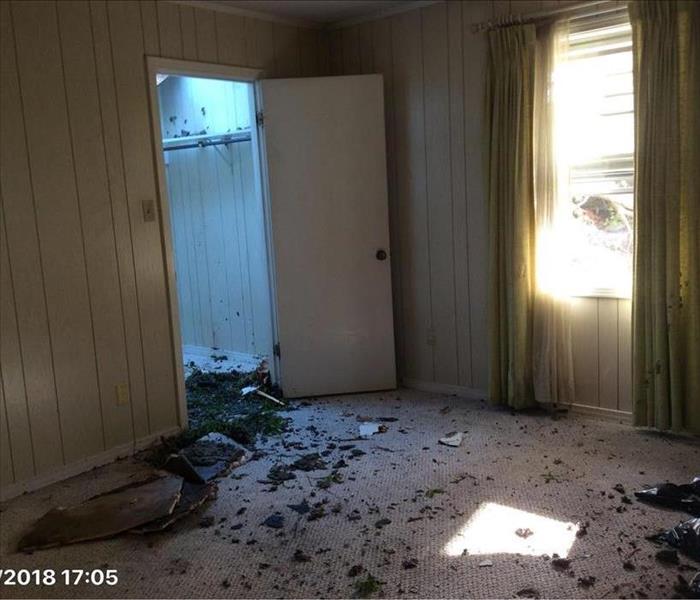 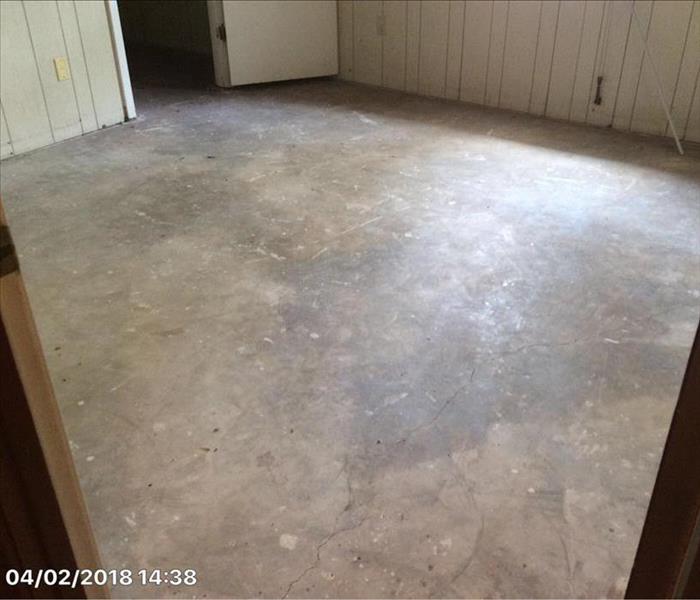 The damage caused by fire can be from a simple flare-up in a kitchen to an entirely destroyed structure. This house in Bossier City suffered an attic fire from an electrical short resulting in damage to the crawlspace, items stored there, insulation, and the ceiling panels. However, the fire extinguishing and inspection efforts by the first responders, the local Bossier City Fire Department, exacerbated the damage with the volumes of water used. Then, following protocol areas of the ceiling and attic space were opened up to inspect for lingering ambers and to reduce the hazards of falling building materials. Our SERVPRO of South Shreveport crew arrived on the scene of the fire very quickly since we adhere to our tagline of We're Faster To Any Size Disaster. We had contact with the insurance adjuster through our customer who signed off on the Service Authorization Form with the okay from his carrier. This allowed us to immediately begin to mitigate the damages caused by the fire, smoke, and water. The Before Photo depicts fallen, charred debris soaked along with the carpet. As we scoped the job, our FST fire and smoke restoration technicians started to clear the mess from the interior and toss the carpeting. By removing these wet elements, we decreased the drying time thereby reducing the potential for further damage and mold growth. Our SERVPRO experts removed the baseboards to increase the drying rate of the wall panels preventing the need for further demolition. The After Photo depicts a clean and dry fire-damaged area of this house. The air movers and dehumidification equipment have been removed after testing indicated a return of moisture content levels to standard. Our fast work saved the walls, and the concrete pad was ready for a new carpet. The malodorous airborne particulates were neutralized with a hydroxyl generator and a light misting to add a fresh fragrance, and not to mask odors. Our customer was very pleased with a completed fire damage cleanup and restoration within only four days and stated that his house was fresh and clean, "Like it never even happened."

View More Before & After Photos